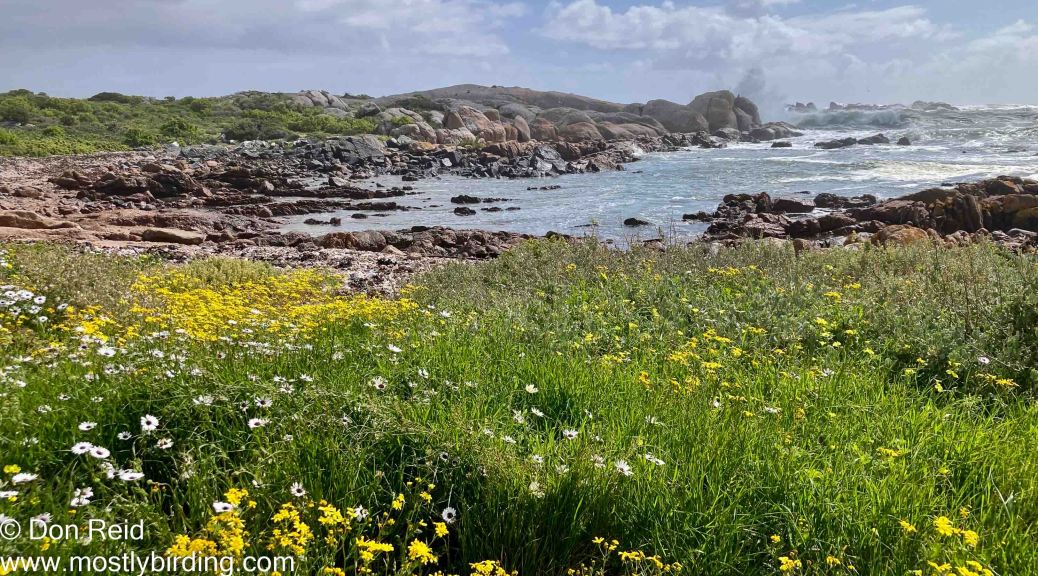 With wonderful memories of our Spring Flowers trip through parts of the Western Cape in September 2021 still fresh in our minds, we decided to do a similar, but different, trip in September 2022. Our planned route was to take us to Tulbagh for one night, then three nights each in Clanwilliam and Paternoster. To round off the trip we treated ourselves to a three-night stay in Cape Town’s Vineyard Hotel, in celebration of our birthdays which “book-ended” the trip,

My previous post described the rugged beauty of Tietiesbaai, particularly during the ‘flower season’ when rafts of colourful flowers add to the already spectacular views of sea and rocky shorelines.

What we found during our previous visit, and again this September, is that Tietiesbaai can also lay claim to being a birding spot that is the equal of some of the better known and more recognised birding destinations in this part of the country

From the moment we entered the main gate into the reserve the birding was interesting and took our attention away from the flowers many times.

We came across several raptors during this trip, none more so than the Rock Kestrel, which we encountered many times. Before reaching the reserve proper, we found one on a utility pole, surveying the landscape, probably hoping to find a field mouse or small lizard to swoop down on. Raptors generally get edgy when you slow down and stop and will often fly off, only to settle on the pole a bit further away. This one was no exception, so I made sure my camera was ready before stopping, leapt out and tracked the kestrel with my camera as it took off – fortunately capturing an image in flight, albeit from behind.

Birds among the Fynbos and the Flowers

Once we were through the gate there was abundant bird life with the typical birds of the fynbos prominent – Grey-backed Cisticola, Yellow Canary, Karoo Scrub-Robin, Karoo Prinia and Cape Bunting.

Even more prominent were the Karoo Larks (SA Endemic) which we came across a few times, some of which were foraging on the ground, while others were calling and displaying avidly, no doubt hoping to attract the ‘right sort’ as it were

A particular thrill was finding a covey of Grey-winged Francolins among the flowers – always difficult to photograph as they tend to dash off into the bushes as you approach, so I was happy to be able to snatch a few images before they disappeared

Birds among the Rocks

Our stop for tea was in the same spot as a year ago – along a short, narrow, bumpy track between the rocks near the “Sea Shacks” (basic accommodation for visitors).

Nearby many Cape Cormorants were resting on the rocks and as we drove along the track we came across Ruddy Turnstones – no less than 30 of them according to my quick count! Now, Turnstones are fairly common summer migrants to our country from the arctic tundra region, but seldom have I seen more than a couple at a time, so this was a sight to behold!

Even from a few metres they can be surprisingly hard to spot as the next photo illustrates – their colouration blends in with the rocks, stones and kelp littering the shoreline

Another summer migrant to SA – from the Palearctic region – Curlew Sandpipers, were also around in numbers but nowhere near those of the Turnstones – the two species seemed happy to share each other’s space

A (Turn) stone’s throw away was a single White-fronted Plover, a common coastal resident most often seen on open beaches – if you can spot them – they are masters of “hiding in full sight”

And then the highlight of our day ……

Heading back to the main track after enjoying our tea among the rocks, we spotted a pair of Kittlitz’s Plovers – looking rather anxious it seemed to us. The reason was obvious when we saw two juveniles in the short grass nearby – looking oh so cute – two balls of fluff with long legs and huge feet

As we spotted them, one of the chicks scurried across the shale to its parent and literally disappeared before our eyes. The following sequence of photos shows how it “buries” itself in the belly feathers of the parent until just the legs are left dangling out

Meanwhile the second chick, much braver, walked about in the track, then rather hesitantly across the rocks, before heading to the adult as well.

Further along I spotted a small bird in the distance flying towards a shrub with yellow flowers, then promptly disappearing from view – into the middle of the shrub it seemed. I watched carefully as we got closer to see where it had got to, only to see it emerge from the shrub and fly off low and rapidly.

It was all too quick to ID the bird which was small and brownish, but my curiosity got the better of me and I stopped alongside the shrub, got out and walked around the car to have a closer look as I had a hunch there was a reason for the bird’s behaviour.

Sure enough, when I carefully parted the branches a nest with three eggs was revealed and I set about finding the parent’s ID by going through some of the possible suspects on my Roberts app. My second guess was correct – Cape Bunting

So, our flower-viewing day at Tietiesbaai had turned into a birding bonanza as well, much to our delight!

If there were Oscars for birds, I would propose a category called “Best performance by a bird defending its nest from a predator”

So on what do I base this award?

Well, I was atlasing the area known as Gouritsmond, a small coastal town at the mouth of the Gourits River about a half hour’s drive from Mossel Bay. The Gourits River has its origin at the confluence of the Gamka and Olifants rivers, south of Calitzdorp in the Klein-Karoo and winds its way to the Indian Ocean across plains and through mountains.

Approaching the sea it widens into a broad estuary which is humming with activity in the holiday season, when the town expands its population by about 80%, but was dead quiet when I visited it on a weekday in October 2018 and I had the whole parking area at the boat launch site to myself, other than a waste van which came to empty the rubbish bin.

Braving the strong cold wind, seemingly unseasonal but those who live along the southern Cape coast will tell you to expect 4 seasons in one day, I ventured up and down the river’s edge with its wide muddy margin and took the opportunity to photograph the Plovers and other shorebirds present, of which the Kittlitz’s Plover was the least shy.

Every now and then I popped back to my car to escape from the cold wind, which my 3 layers of clothing were battling to defend. On one of my forays  along the shoreline, a Kittlitz’s Plover’s curious behaviour caught my attention – it ran off as I approached, then suddenly dropped flat on its belly, wings spread wide and flapping about as if mortally injured.

Stepping closer, I was about 3 metres away when it miraculously recovered, ran further and repeated the dramatic death scene while watching me with beady eyes. All the while it was leading me away, presumably from a nest which was not apparent, and I did not try too hard to find it for fear of giving the Plover a heart attack.

The Plover repeated this act each time I approached and the drama of its performance had me chuckling in delight and admiration for the ingenuity of the species.

In this way the Kittlitz’s led me for a way down the river margin, until I turned and retraced my steps towards the parking area, whereupon the Plover also turned and flew back so that he was just ahead of me and repeated the act once more.

That was enough teasing for the day and I returned to the car, with the Plover watching me go – I imagined he had a look of “why go now, we were just starting to have some fun”

The Roberts app describes this behaviour thus : “When predator present, performs distraction displays including injury feigning, waving one or both wings and fanning tail to attract predator’s attention, sometimes flopping forward along ground..”

Apart from the dramatic Kittlitz’s Plover, the shoreline was occupied by several other species who favour this habitat –

Common Ringed Plover, a polar migrant which is present in Southern Africa from September to April

Sanderling, non-breeding migrant from the arctic tundra, present from September to April

All of the above are long-distance migrants, whereas the Blacksmith Lapwing is a local resident, one that is found in most parts of Southern Africa – this individual is a good example of a juvenile, lacking the very distinctive markings of the adult, which often leads to incorrect ID such as Grey Plover and others 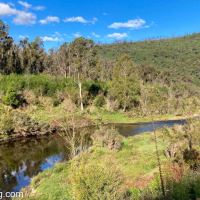 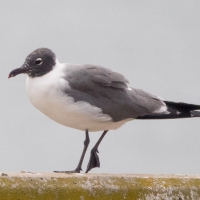