After our trip from Apollo Bay to the Twelve Apostles the previous day, we were looking forward to seeing more of the “real” Great Ocean Road and, looking at our route for the day, it showed the B100 following the coastline all the way from our starting point of Apollo Bay to Torquay then heading inland to Geelong.

We left Apollo Bay by mid-morning and made our way very slowly along the B100, stopping frequently at spots with views of the beaches and rocky areas, or anything that looked interesting. The day also lent itself to indulging in some birding as we had the best part of a day to travel not many kms and the coastal habitat, the relaxed pace and fairly quiet road meant there were plenty of opportunities to stop at short notice to check out the surroundings.

One of our first stops had nothing to do with birding – I had pulled in at a roadside parking area where a school bus and trailer was parked. There was a group of young people in wet suits in the waves and we realised that this was a school outing to learn how to surf – how cool is that!

Soon thereafter, the sandy beaches gave way to a wide expanse of flat exposed rocks – I thought this looked like ideal habitat for a certain species and I tried a birding ploy that had worked for me before, although not guaranteed – I casually mentioned to Gerda that this looked perfect for Oystercatchers, in the hope that the birding gods would hear me. Lo and behold, even I was surprised when minutes later I spotted Sooty Oystercatchers (looking uncommonly like our African Black Oystercatchers) at a distance and pulled off the road, turned around and raced back to park at the first safe spot next to the road.

They were working their way across the flat rocks but were too far away for a decent photo, but my luck got even better as I noticed another pair much closer and was able to take some reasonable shots as they continued their busy way. Not far from them was a Pied Cormorant in the process of swallowing a small fish, so the stop was doubly productive.

Just a few kms further the beach changed again – this time to a rock and boulder strewn expanse and, when I stopped to have a closer look, we noticed carefully stacked columns of varying sized stones forming cairns at one end of the beach. It seems someone started stacking these columns and others continued, for no particular reason other than creating an interesting feature.

By 1pm we reached Lorne, having travelled all of 42 km in two and a bit hours! I turned off to have a look at the Lorne Pier and fortuitously found our lunch spot for the day right next to the pier – aptly named Lorne Pier Seafood Restaurant. There was a light drizzle and strong wind whipping up the sea which, combined with a rainbow that suddenly appeared, made for a pleasing scene.

We were soon ensconced in the warm restaurant and ordered two different fish dishes – Gerda had Barramundi, I had John Dory, both beautifully fresh and perfectly prepared – we were so glad we had found this place. One of our favourite TV series is Australian Masterchef where Barramundi and John Dory fish feature quite frequently in the dishes prepared by the skilled contestants, so it was quite exciting to be enjoying these tasty fish dishes ourselves in such an appropriate location.

In front of the restaurant was a small beach with many seabirds present – mainly Greater Crested (Swift) Terns and the ubiquitous Silver Gulls that I had come across in a few spots.

The immature Silver Gull below shows a few differences from the adult – dark eyes rather than light, remnants of the juvenile brown colouring on the upper wings

After lunch we drove slowly through Lorne and up the hill to Teddy’s Lookout high up on the ridge overlooking the twisty coastal road and headland we had passed earlier.

Passing through Lorne we found the Grand Pacific Hotel and just had to stop and admire its beautiful architecture.

We noticed a number of well looked after older houses in Lorne, such as this one with its elaborate decorative trims

Moving on, I upped the pace to avoid getting to our destination in Geelong too late. The coastal road continued in the same twisty fashion and before long we were passing through Anglesea, then Torquay, a larger town, after which the traffic became heavier as we headed to Geelong on the outskirts of Melbourne. Our accommodation for the night was Bindaree, a beautiful old house amongst many others in the area.

Tomorrow we head to Philip Island, a ferry trip and a few hours drive away.

6 thoughts on “Australian Adventure – Victoria : What a Great Road” 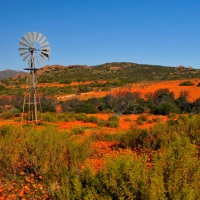