My birding travels have taken me to many places over the years, places that no ordinary person (read non-birder) would consider visiting.

Yesterday’s outing was not meant to be a birding outing but turned into a very interesting day, full of surprises……

We are spending this week at our timeshare apartment in La Lucia near Durban and Gerda was keen to visit a wool shop she has ordered wool from via internet from time to time. Cleverly, she threw in an enticement for me to take her to Kloof, where the shop is located, by suggesting we could visit a birding spot after the wool shop stop, knowing I could hardly resist such an offer.

I already had a place in mind – Shongweni Nature Reserve – which I have been curious about since first reading the Roberts write-up on this birding spot many years ago. Described as “one of the better birding spots in Durban” and located about 30 km from Durban off the N3, it seemed to fit the bill for an exploratory visit – the further note that “the reserve is spoilt slightly by the surrounding tribal land and access route” had me equally curious.

The wool shop turned out to be at the owner’s house in the upmarket suburb of Kloof and we found it with the help of google maps. I had brought along a book to read while waiting but when I saw the surroundings, my spirits lifted – across the road from the house was a grassy, bushy conservancy area, cared for by the neighbourhood and looking very promising.

The variety of bird life I discovered there and in the surrounding gardens with their well-developed trees and tropical gardens was nothing short of amazing. In just 45 minutes I had recorded 24 species of a variety I could hardly have guessed at, including several that would please all but the most blasé birders –

As I said, an amazing list for suburbia! The bubbling bird life left me, well, bubbling (not my normal state by any means)

Oh and did I mention the Verraux’s Eagle that soared gracefully overhead?

Gerda appeared almost too soon and feeling coffee deprived we set off and stopped at the first coffee shop we came across, then reset the gps to take us to Shongweni – the route took us further north until we turned off at Assagay and shortly after onto a side road through hills covered with green sugar cane fields.  This attractive landscape stopped abruptly as we passed through a rural village along with the customary roaming goats, dogs, chickens and cattle, not to mention the residents treating the road as an extension of their living area, wandering about with no regard for passing vehicles.

I had slowed to a crawl for the couple of kms through the village, until at the end of the village the reserve’s  gate suddenly appeared. The surprised look on the gate man’s face as we approached seemed to suggest they did not get many visitors and the casual attitude towards the small entrance fee made me insist on a receipt.

From the gate we wound downhill on a badly potholed road with not much sign of the bird life described in the write-up. As it turned out the birding became secondary as we got closer to the dam wall and discovered it dated back to 1923 – in fact by coincidence it was inaugurated on 21 June 1923, exactly 95 years ago today.

With birding all but forgotten, I spent time taking a few photos of the unique dam structures and surrounds. The pictures speak for themselves – suffice to say we were both fascinated by the old-fashioned look of the dam wall, with stone turrets rounding it all off in grand style.

The area below the wall felt like something out of Jurassic Park with abandoned buildings and heavy undergrowth.

By the way, all photos were taken on my pocket Apple camera (which I sometimes find useful for phoning and other tasks)

On our way out the gate man advised us that he would not be working there for long – hadn’t we heard the dam was the subject of a land claim and would soon be handed back to “the community”? – we explained we were from Pretoria and had not heard this, but were not necessarily encouraged by this news. 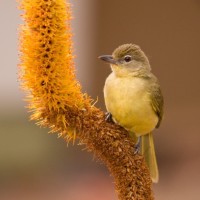