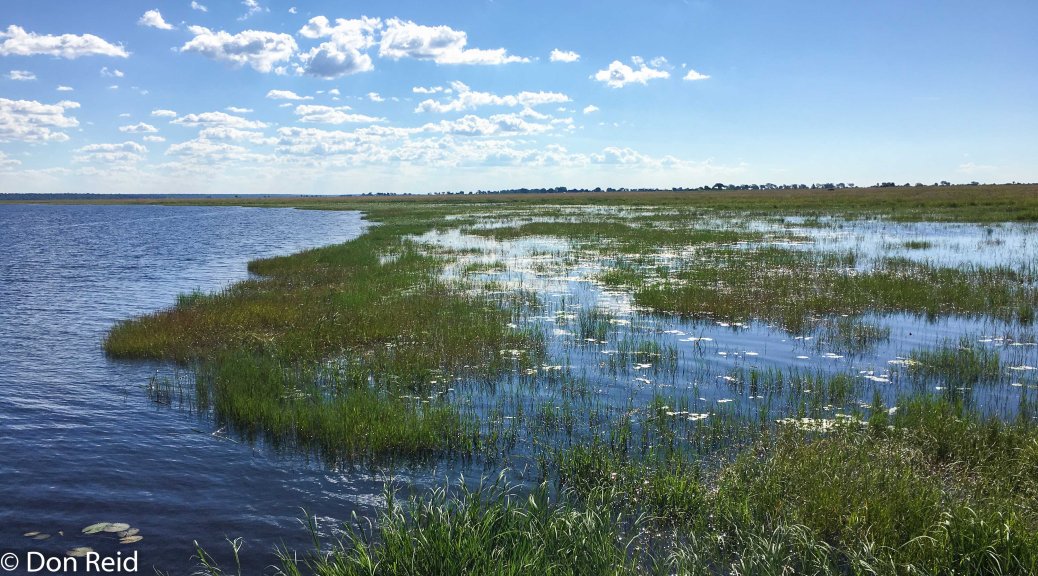 The Story so far..

The previous posts on this “Trip of a Lifetime” to Southern Africa by our Canadian family, covered the time spent in Kruger National Park, the nearby Panorama route and the first leg of our trip to Victoria Falls and Chobe Safari lodge in Kasane, Botswana.

Kasane lies in northern Botswana just 80 kms west of Vic Falls and has become well-known to me after a dozen or more visits over the last couple of years for a project in which I’m involved.

With our visit to Victoria Falls behind us, the transfer to Kasane including the Zimbabwe/Botswana border formalities at the border post just outside Kasane went fairly quickly and smoothly and we found ourselves settled in at Chobe Safari Lodge with time to relax for the rest of the afternoon at poolside.

One of my favourite “sundowner” spots is the riverside bar deck in the Chobe Safari camping area right next to the lodge and this is where I took our small group late afternoon.

The weather obliged, making for a sensational sunset and the chance to savour our G and T’s while we watched the spectacle unfold.

Later we made our way to the restaurant for the buffet dinner which was more than pleasant.

The game drive we had booked for the following morning started at 6 am when we met Bogatsi, our driver and guide for the morning, at the reception. With a vehicle to ourselves, we had plenty of room and we set off to the Sedudu gate just a few kms from the lodge.

Entering the reserve, we headed down the sandy, bumpy track (some call it the “African massage”) towards the river, through pristine woodland, which opens up at one point to allow a wide vista of the river in the distance. Just driving along the Chobe Riverfront route is an experience in itself, particularly for visitors from the northern hemisphere, with any game being a bonus.

Naturally, game sightings are welcome and there was enough to keep everyone interested, despite not having the added excitement of any big cat sightings, which were more than likely close by but hidden by the bush, still quite dense at the tail end of summer.

Hippos were plentiful in the pools adjoining the main river, munching on the partly submerged grasses as only hippos can do, giving us the eye and an occasional yawn or two. 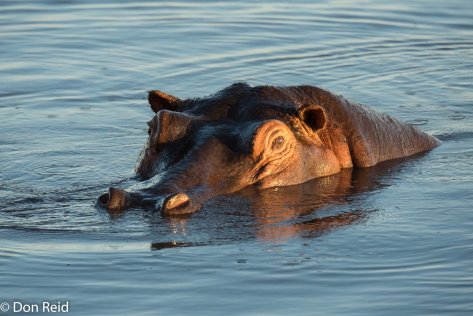 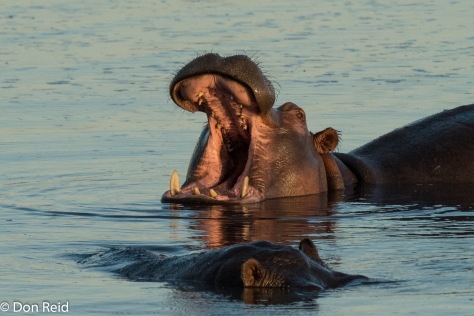 Other game we came across –

Our guide made a point of showing us the distinctive marking on the rear end of Impalas, intimating that this was where McDonalds got the inspiration for their famous “M” logo.

There was no shortage of bird sightings, but the birding tends to take a back seat (where I happened to be as it turned out) when on a game drive such as this, unless the majority on the vehicle are into birding. Nevertheless we chalked up a few special sightings :

We continued along the river at a slow pace until we reached the picnic spot at Serondela, where coffee was served, after which we returned along the upper road to the exit gate and back to the lodge. It was time for lunch, some time to relax at poolside while the kids swam and before we knew it, it was time to board the river boat for the sun downer cruise.

The cruise turned out to be more than I expected – having had the experience of small boat trips along the river in the past, I imagined a large boat with 40 or so passengers would not be anything like as enjoyable. Well, I was pleasantly surprised, with the boat hugging the banks of the river wherever possible and stopping for up close and personal views of everything from birds to crocodiles and hippos, as well as a group of elephants.

The weather played its part, with warm rather than hot conditions and just a light breeze causing hardly a ripple as we cruised gently along and into the Chobe game reserve, wending our way through the channels between the grassy flood plains which attract herds of animals during the winter months.

Here is a portfolio of some of the sightings …….. 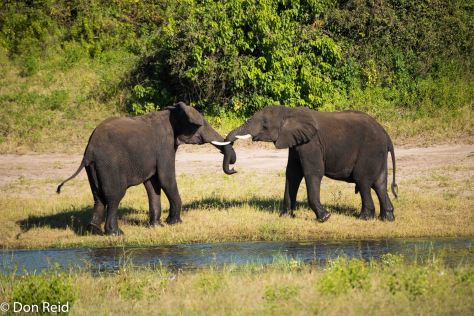 The stay at Chobe Safari Lodge was just two days in extent but seemed much longer, with lovely game experiences on land and on water and enough time in between to relax by the pool. A fitting conclusion to a successful couple of weeks touring with “the Canadians” 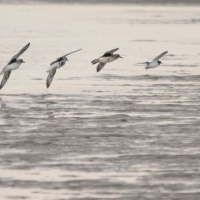 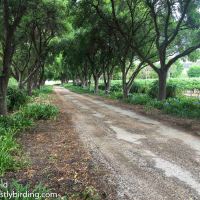 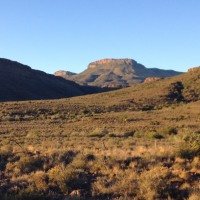 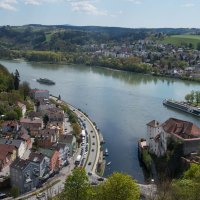 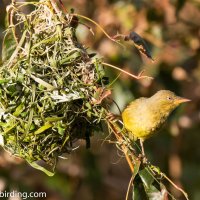