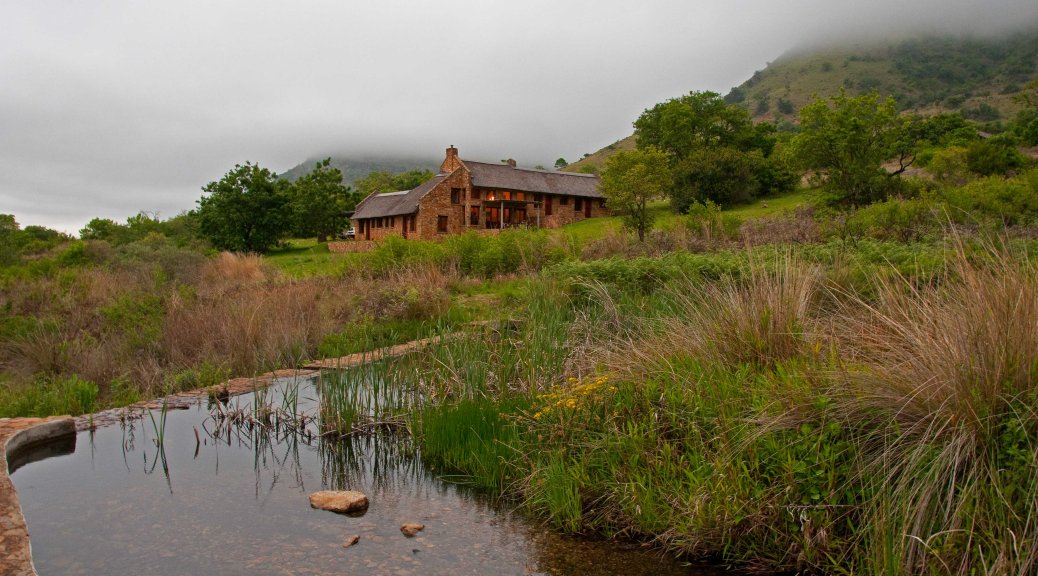 Apart from being our favourite place to spend a relaxing week away from it all, Verlorenkloof Estate offers a variety of habitats that make for superb birding opportunities, whether walking, cycling or driving.

The website of the estate describes it better than I can :

“Verlorenkloof Estate is a well established and highly regarded shareblock development and self catering holiday resort on the eastern escarpment in the heart of the trout triangle in Mpumalanga.

The surrounding 1600 hectare estate offers many layers of outdoor activities, all in a safe, settled rural environment known for its extraordinarily beautiful and richly biodiverse natural landscapes.”

Each time we visit the estate, usually in May or October, we spend a good part of the day birding and over the years have got to know the estate and its variety of habitats well enough to know which species can be expected at a particular spot. The Birding Tips that follow are my view of how to make the most of the time spent at Verlorenkloof if Birding is your preferred pastime.

Birds are season dependent, so not all the migrant species will be present during the non-summer months. Conversely if you visit the estate in the peak summer months there are likely to be many more migrants than we are used to finding.

A lot of quality birding can be done in the vicinity of the Crofts and will vary depending on which particular one you are staying in as they are widespread over the property – Croft 2 and 3 are well-known to us. It’s rewarding to spend as much time on the patio as the weather allows and to simply look and listen. An almost constant flow of bird life will pass by, settling in and on the surrounding bush and trees for you to pick them out with your binoculars, in between enjoying a hot or cold beverage or two.

If you feel energetic enough, take a walk up the pathway that winds its way up the lower slopes from Croft 2, starting at the weir, although you can spend more time on the patio if you are within hearing distance of the calls which echo down from higher up. Either way you are likely to see/hear Purple-crested Turaco, Narina Trogon, African Hoopoe, Black-collared Barbet, Red-eyed Dove (constantly) , Southern Boubou, Black Cuckoo (monotonously and mournfully), Black-headed Oriole, African Olive Pigeon (late afternoon), Black-backed Puffback, Speckled Pigeon, Klaas’s Cuckoo and Black-crowned Tchagra.

Once you have birded the lower slopes, carry on up the slope and follow the path through the first patch of indigenous forest. Stop frequently, sit quietly on a rock or tree stump and listen for the calls of the forest species – Black-throated Apalis and Cape Batis are curious and often the first to appear. Judicious playing of their calls may bring others closer – Blue-mantled Crested Flycatcher, Chorister Robin, White-starred Robin are all common here.

The fringes of the forest are good for Greater Double-collared Sunbird and you are bound to hear or see Olive Bush-Shrike, while Southern Black Tit and African Paradise Flycatcher are sometimes present.

The estate is blessed with several streams that flow down from the surrounding heights and run through the estate into the river which courses through the valley. The reeds and vegetation alongside these waterways are favoured by numbers of birds such as Cape Grassbird, Croaking Cisticola, Spectacled and African Golden Weavers, Southern Red Bishop, Thick-billed Weaver, Yellow-fronted Canary, Cape Canary, Brown-hooded Kingfisher and Dark-capped Yellow Warbler.  Just spending time near the streams sorting out the various calls of these species is an hour or two well spent.

Along the river it’s a hive of activity in early summer with tens of Village Weavers building nests and generally creating a storm of sound with their chattering calls. Elsewhere Southern Masked-Weavers are slightly less noisy but just as active. The riverside is also favoured by Common Waxbill and Tawny-flanked Prinia with many Barn Swallows using it as a convenient thoroughfare. Just be careful not to disturb any fishermen enjoying the solitude of the River Beat.

Large tracts of the estate consist of grassland, which are alive with birds at certain times of the day. Apart from the regulars such as Drakensberg Prinia and Lazy Cisticola, with its long tail held upright just like a Prinia, Red-collared Widowbird and the ubiquitous African Stonechat, one of the stars of the Estate is undoubtedly the Broad-tailed Warbler, a sought-after species for most birders. Its curious pinging call announces its presence and then it’s a cat and mouse game to get a good view of it, usually concealed among the long grass stalks.

This is also the favoured habitat of two other Widowbirds – White-winged and Fan-tailed, plus Yellow bishop, Fiscal Flycatcher and Levaillant’s Cisticola in the damper areas. Also favouring the long grass, but terrestrially are Natal Spurfowl and Red-winged Francolin while the shorter grass is good for Helmeted Guineafowl, Swainson’s Spurfowl and Southern Bald Ibis.

There is no shortage of aerial species such as Swallows, both Greater and Lesser-striped often seen perched near the stream as you head to the mountain crofts, sometimes joined by several Grey-rumped Swallows.

All the regular Swifts are present – Little, White-rumped, Alpine, African Black and African Palm Swifts, while Martins are represented by Rock and Brown-throated Martins.

The dams are primarily for the fishermen, but when not occupied a few water birds take up residence, including Red-knobbed Coot, Reed Cormorant, Little Grebe and Yellow-billed Duck. In the fringing reeds around the dams there is a chance to listen for Warblers such as Little Rush-Warbler and African Reed-Warbler, while the banks are favoured by Sacred Ibis, Common Moorhen, Blacksmith Lapwing and the ubiquitous Egyptian Geese. This is also a good spot for White-throated Swallow.

After exhausting the possibilities of all the above habitats, there is still more on offer along the roads and tracks that run to, from and through the Estate, which can be covered by car or, if you are up to it, by mountain bike. Dust can be a problem so keep windows closed whenever another vehicle approaches. Take it super slow, stop a lot and you are likely to be rewarded with species such as Black Saw-wing, Pearl-breasted Swallow, Southern Black Flycatcher, Pin-tailed Whydah, Pied Starling, Amethyst Sunbird, Malachite Sunbird, Brubru, Steppe Buzzard and even Long-crested Eagle if you are lucky.

Spend some time around the dairy and adjacent farmhouse where you can add House Sparrow, Laughing Dove, Red-throated Wryneck, Groundscraper Thrush and Southern Fiscal. The tall Eucalyptus trees on the road down from reception often house a flock of White-fronted Bee-eaters.

I can almost guarantee you will leave Verlorenkloof in a relaxed and satisfied frame of mind after a weekend or week spent in this beautiful environment.

7 thoughts on “Verlorenkloof Estate – a Guide to Birding”