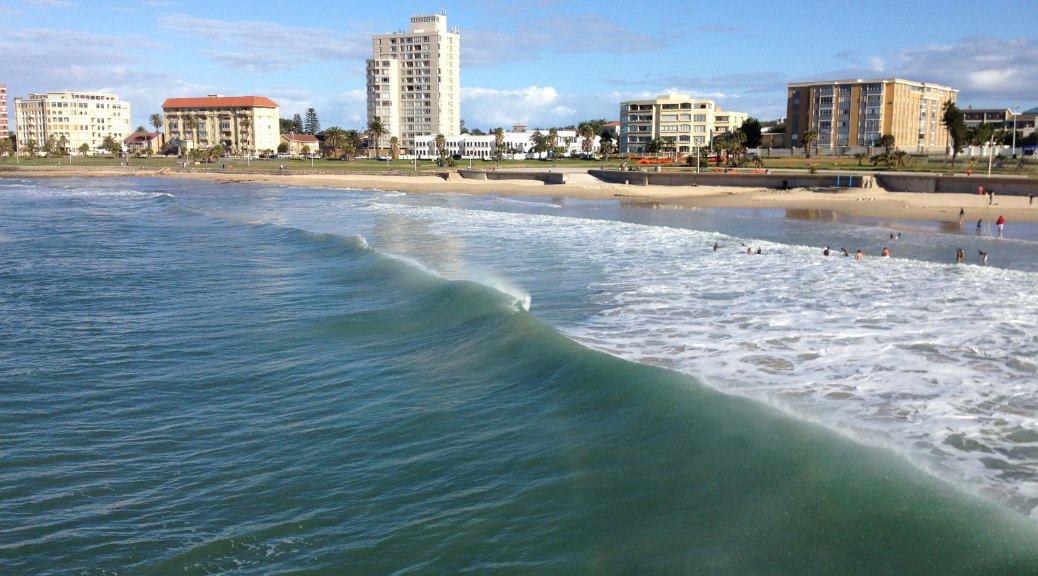 “we were very pleasantly surprised by just how nice a place PE turned out to be – the size (not too big, not too small), friendly atmosphere, attractively upgraded beachfront area, clean appearance and general all-round good feel made it a pleasure to visit and drive around”

We had not been to Port Elizabeth (known as “PE” to most South Africans) in the Eastern Cape for a very long time, perhaps 20 years or more, so we were unsure what to expect when we decided to spend 6 days there in April 2013, as part of a 10 day trip to the Eastern Cape. Our reason (excuse?) for going to PE was to support our son James and wife Minette along with their 2 young kids, as James had entered to do the “Ironman” Triathlon which takes place in PE each year. For those not in the know, the Ironman is an event that would horrify most of us who belong to the unfit brigade and even a lot of those who consider themselves fit – 3.8 Km of swimming in the open sea, a bike ride of 180 Km and a run of 42 Km!

While we were in PE it made sense to visit a couple of the birding spots listed on my Roberts VII App, and I selected two which looked really worthwhile – Cape Recife Nature Reserve and Swartkops River Estuary, both of which were within easy driving distance of Summerstrand, where we had rented accommodation for the stay.

Memories of short visits to PE a long time ago were faded, but we weren’t particularly enthusiastic about our visit to the city as such, however we were very pleasantly surprised by just how nice a place PE turned out to be – the size (not too big, not too small), friendly atmosphere, attractively upgraded beachfront area, clean appearance and general all-round good feel made it a pleasure to visit and drive around.

Our accommodation was in a guest house in Summerstrand, close to the Ironman start and finish and with plenty of space for all 6 of us

The Ironman Triathlon was well-organized and supported and more or less dominated the Summerstrand area and surroundings for the whole weekend, pulling in visitors from all over South Africa and internationally as well.

This reserve lies at the southernmost point of Algoa Bay, comprising long stretches of sandy and rocky beaches, coastal dune scrub and fynbos. The rocks attract seven species of Tern at different times, some of which are resident, others visitors.

The reserve is easy to find, being signposted from Marine Drive, just 2.5 km from Summerstrand and there is a nominal entrance fee, which you pay at the Pine Lodge Resort on the left immediately before the manned entrance boom.

I drove there on the Friday afternoon and once into the reserve, I continued the atlasing which I had started on the Pentad boundary before the turn-off (Pentad 3400_2540). Along the first stretch of road that leads to the lighthouse,  I heard a number of Sombre Greenbuls giving their sharp “Willie”call and saw Barn Swallows, Fiscal Flycatcher, Karoo Scrub-Robin and several other common birds to get my list going. Further on, the beach came into view and I stopped at a gap in the dunes to check out the shoreline and was rewarded with a Little Egret working the rocks for morsels.

The road soon ended at the lighthouse where there is a parking area. Judging by the heavy earthmoving equipment parked nearby and signs of sand being repositioned, I guessed that some form of beach rehabilitation was underway, which was reinforced when I came across rows of old tires half buried in the sand as I made my way along the wide beach.

Just beyond the lighthouse, the beach stretched for a long distance, bordered on the sea side by rows of jagged rocks which effectively break up the waves, so that only shallow streams reach the inner beach, making it ideal for the waders present such as :

Sanderling (which was a lifer for me)

Other birds enjoying the sandy flats were many Kelp Gulls, African Black Oystercatchers and a group of 3 Whimbrels , which hopped off the rocks and trotted off elegantly in the shallow water as I approached.

Less pleasing was the amount of litter in the form of plastic bottles and bags plus other debris, which is probably washed ashore from the bay, as the beach itself does not attract the usual gamut of holidaymakers, just hardy walkers, fisherman and birders who, by their nature, are not inclined to litter.

I noticed that some of the Oystercatchers were raising their one leg when standing still and limping slightly when walking – on closer inspection of my photos when I got back home, some of them were ringed with bands that appeared to be too tight, which was probably the reason for their discomfort. (I placed these photos on the SA Birding Facebook page in the hope that someone in the know would look into it)

One part of the beach had rows of pebbles and shells along the high water mark, some of which – to my surprise – “came alive”, turning into plovers and Sanderlings as I got too close for their comfort, and moving off in unison. This just proved once again how well camouflaged they are in their natural environment.

The Terns present during my short visit were a contingent of Swift Terns occupying small rocks just offshore and a few Caspian Terns with their distinctive red bills, flying overhead and posing on the sandy flats.

White-breasted Cormorants were prominent along the water’s edge, waddling about then taking off in rapid direct flight as I approached.

Having completed the minimum 2 hours of atlasing and enjoyed some memorable birding, I slowly made my way back up the beach in the rapidly fading light past the lighthouse, partly silhouetted against the setting sun, to the parking area for the short trip back to the guest house.

This is the other “must-visit” birding spot for visitors to PE. We visited the area on the Monday (Pentad 3350_2535) and found it about 20 minutes drive along the N2 towards Grahamstown, where we turned off at the Swartkops/John Tennant Road intersection. Once we were in Swartkops village, we turned right towards the riverside, which was accessible at certain points, but the sand flats exposed by the receding tide and favoured by many waders, Gulls and others were quite a distance away and a spotting scope would have been of great assistance – I only decided later in the year to treat myself to my first spotting scope and on this occasion had to make do with the binos.

Most of the birds were easy enough to ID but a couple of larger waders had me puzzled – a nearby tree helped me hold the binos steady and after straining my eyes for some time I was able to confirm a Greater Sand Plover, which happily was a lifer for me.

Having started on the Swartkops Village side we slowly made our way along the riverside until we came to a single lane bridge, which took us to Amsterdamhoek, a village which stretches along the other side of the estuary and has a long row of riverside houses which have clearly been there for many years, some renovated, others looking rather old and battered by the elements.

On the way a Harrier did a fly over across the marshy area next to the road, but unfortunately I was not able to confirm an ID although I suspect it was one of the “ring-tail” harriers such as Montagu’s or Pallid. My photos of this bird in flight were far off and hurried so were not conclusive at all.

The road through Amsterdamhoek ended at the river mouth, where many Terns were present, resting on long narrow sand banks exposed by the tide – most were Common Terns with a sprinkling of Swift Terns and a couple of Caspian Terns in between.

All of the birds present kept their distance, making it impossible to get close-up photos of them, with the exception of some Domestic Geese which appeared to have made the estuary their home – so here is the only decent bird photo I could get on the day! 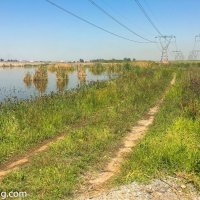 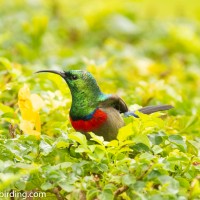 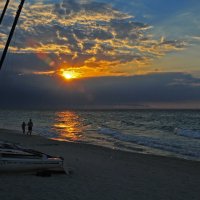