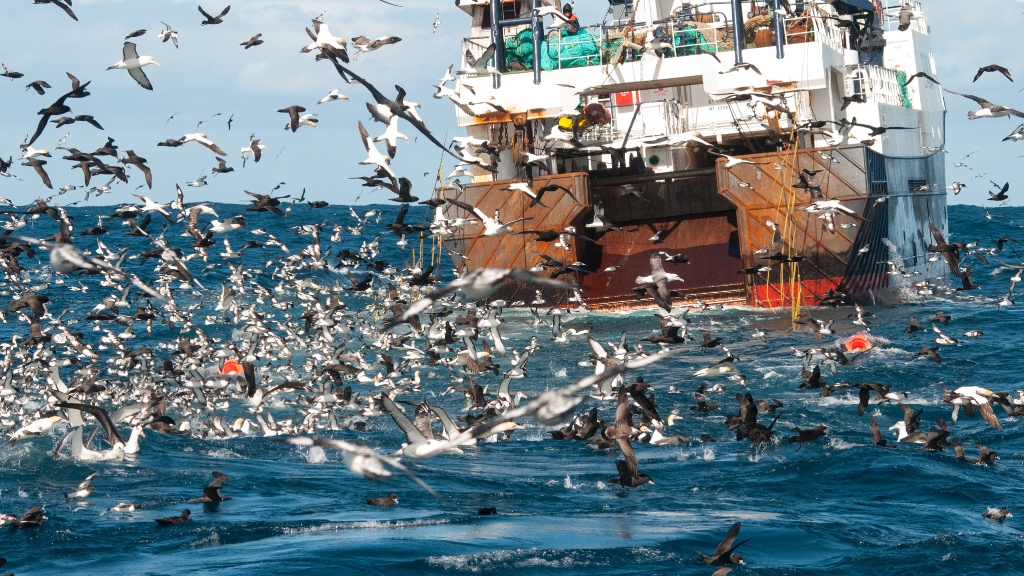 We (Koos Pauw and myself) had planned this trip long in advance as part of our “Birding and Flowers” trip with our wives which, by the time we got to Simon’s Town, was at day 14. The original date of the trip was 31 August 2013 but was postponed to the next day due to the rough seas, following a week of stormy weather around the Cape Peninsula. My only previous trip of this kind had been in 2005 in equally stormy weather and I had memories not only of the incredible experience of seeing thousands of seabirds up close, but also of the nausea that I had to endure that whole day. So it was with somewhat mixed feelings that I anticipated this pelagic birding  trip with “Zest for Birds” out of Simon’s Town.

We were up early and at the hotel breakfast table, which overlooks the Zest boarding spot, for a light breakfast at 6h00 with some feelings of anxiety about the day ahead, mainly due to a fear that sea-sickness would spoil the day for us.  As it turned out the medication Koos and I took was effective and made our day (well, mine at least) nausea free which was a great relief – not that the sea wasn’t rough as the Zest II rocked from side to side and back- and forwards as she rode the heavy swells and strong winds. We were soon beyond Cape Point and heading for deeper waters, with long skeins of Cape Cormorants passing the bow and stern of Zest II, making a beautiful picture in the early light, but one that would have to be in the mind as my camera was stowed below for the time being. Cape Gannets joined the Kelp and Hartlaub’s Gulls that appeared at the start of the trip and a few African Penguins eyed us curiously as they swam near the boat. Penguins are so at home swimming in the rough seas that it is sometimes hard to see them as birds.

From there on the numbers and variety of seabirds started to grow and we added Subantarctic Skua, known by its dark brown colouring with white flashes under the wings, White-chinned Petrel, Sooty Shearwater and our first Albatross of the day – a Shy Albatross which, despite its name, came in boldly close to the boat. Sudden excitement and grabbing of cameras by our contingent of guides (John Graham, Trevor Hardaker and Peter Ryan) signaled something special and we were fortunate to view a juvenile Wandering Albatross in graceful flight.

One of my favourite seabirds then came into view as a group of Wilson’s Storm Petrels approached the boat – they look so much like White-rumped Swifts that have got lost at sea, but in fact they are clearly at home in the deep waters as they skim deftly above the waves, touching the water occasionally with their lowered legs or beaks – what amazing control they have!

Accompanying them was a Great Shearwater and several Black-browed Albatrosses, followed by many Pintado Petrels in their handsome black and white plumage and a single Indian Yellow-nosed Albatross.

Happily the next bird up was a lifer for me as a Sabine’s Gull put in an appearance and I somehow managed to lock onto it briefly in the growing melee of seabirds for a reasonable photo, followed shortly thereafter by a another special sighting of a Northern Royal Albatross as he sat in the water and then took off across the bow.

All the while we were getting closer to the trawler which was our target for the day and the bird melee gradually grew until we were right behind the trawler and witness to a bird frenzy as all the species fought for a share of the discarded parts of the catch.

We spent some time close to the trawler, adding a few more species as our guides picked them up among the hundreds of other birds – species such as Northern Giant Petrel and Arctic Tern (another lifer for me). Once sated with the numbers and variety of birds, we headed back to Simon’s Town. Prior to docking the captain took us close to a large offshore rock which is used by Bank Cormorants to breed and roost and this was also the cue for a Southern Right Whale to greet us with a blow or two.

There is nothing quite comparable in birding to this experience – a bombardment of all your senses that leaves you elated but exhausted at the end of the day. Until next time…….. 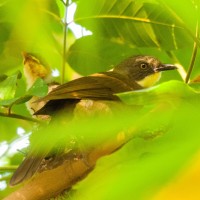